The front cover of the Gradual

The Stuart Library Gradual itself is large, made up of folios that measure 15 ½ x 24 inches. Books of that size were primarily meant to be read by several people at one time. Many pages within the gradual have fallen out of the binding or have been cut out at some point. 83 folios remain and make up about 2/3 of the original book. The entire book is bound in very old, disintegrating leather, encompassing large wooden plats that serve as the covers. 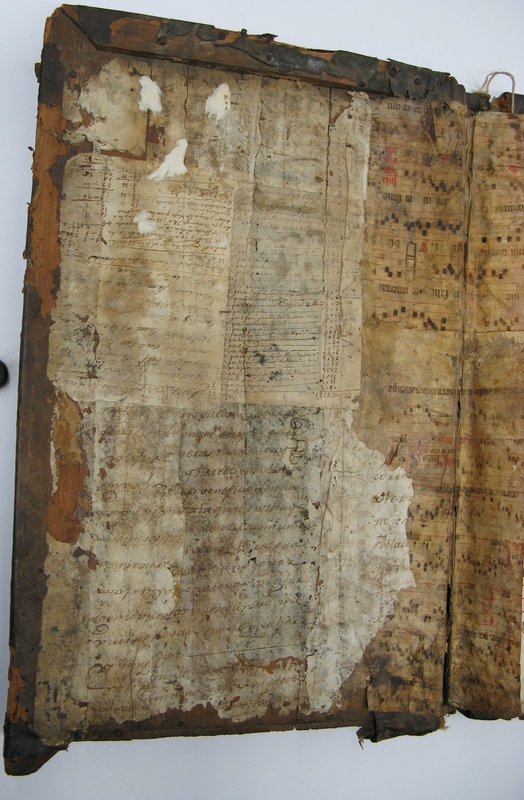 The inside front cover of the Gradual

The inside front cover of the gradual has been glued over with multiple sheets of papers from various sources. One includes a possible financial ledger, entirely in Spanish, further suggesting the gradual’s origins in Spain; the other old sheet music. 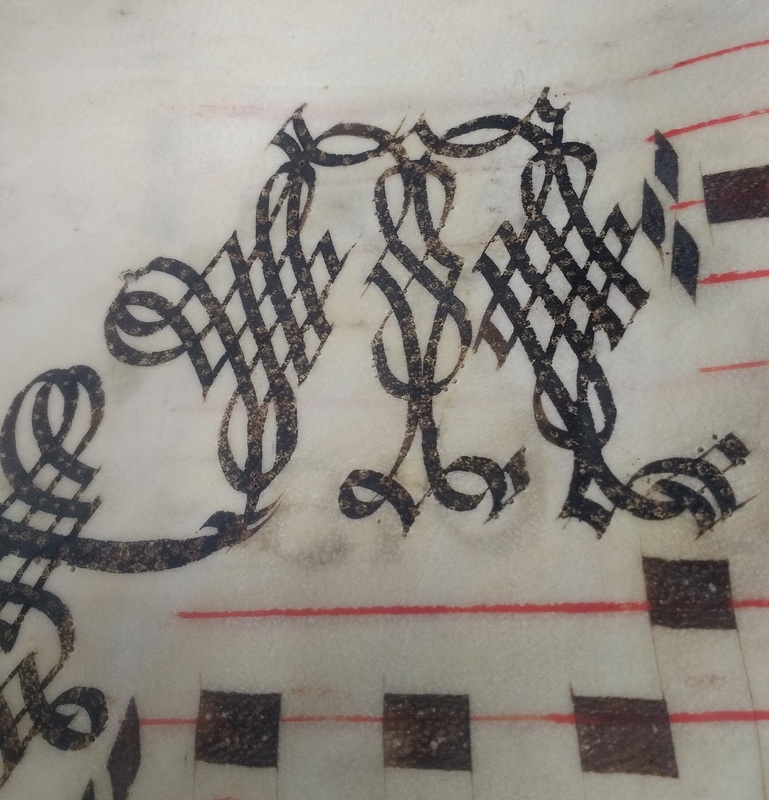 Middle of the "M" turned horizontally

Middle of the "M" reverse side turned horizontally

Upon closer inspection of the inks used for the text and music, a curious discrepancy was discovered. Some of the larger letters at the beginnings of new chants were hand painted, but the letters for the text and the music were not. Some of the more ornately title letters feature uniform punctures in the vellum, as if the stencil had been pressed down and stamped. From this evidence, it can be deduced that this gradual was, in fact, printed and not hand painted as commonly expected. The first printed graduals were printed for German churches around 1470. With its similarities to these printed graduals, this evidence might push the suspected date back to late 15th century, rather than the 16th century.

← What is a Gradual?
Script and Music →
The Pacific Library Gradual